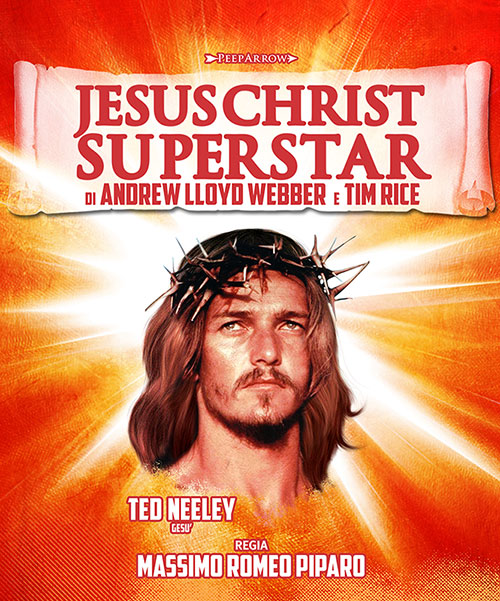 Jesus Christ Superstar, the masterpiece of Andrew Lloyd Webber and Tim Rice, has now become history as one of the most famous and beloved musicals of all time, in the whole world. The Italian version in original language directed by Massimo Romeo Piparo viewed by over 1,300,000 people in four different editions, 11 consecutive years on tour in the Italian theaters from 1995 to 2006,  more than 120 artists who took turns in the cast.s. Back on tour in Europe and in Italy, the show that in recent seasons has achieved the most important public and critical success in recent years. An event with an exceptional protagonist known throughout the world in the title role: Ted Neeley, the one who gave a mythical and indelible imprint to the role of Jesus in the historical film by Norman Jewison in 1973.
A musical of international level that contains in its history a soundtrack known for 3 generations and values ??of great thickness.

The show is performed entirely live in the original English language and with live orchestra.